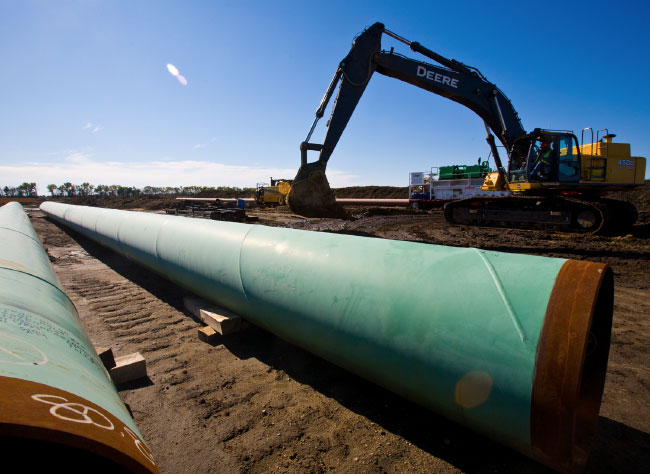 TC Energy Corporation (TSX, NYSE: TRP) (TC Energy) announced today that Keystone XL has reached a project labor agreement (PLA) with four leading U.S. labor unions that will inject hundreds of millions of dollars in middle-class wages into the American economy, while ensuring this pipeline will be built by the highest-skilled and highest-trained workforce.

TC Energy is also working with labor to establish a unique Green Jobs Training Program to help union members acquire the specific skills needed to work in the developing renewable energy sector. The company will contribute approximately $10 million, recognizing the 10 million-plus hours anticipated to be worked on Keystone XL by union workers, to establish new training courses for current and future union members in North America.

“We are proud that the Operating Engineers have reached a project labor agreement with TC Energy on the Keystone XL Pipeline Project. I also want to thank General President Callahan for his support of this project labor agreement and making it happen with his leadership. This project will put hundreds of Local 49 members to work throughout the duration of this project. Not only will this stimulate the local economy and create local jobs, it also means that by our members building this pipeline, it will be built safely and to the highest standard. Our members have fought hard to make this project a reality and we’re ready to get to work.”