Local 49 Files Lawsuit Against the City of St. Paul for Vaccine Mandate 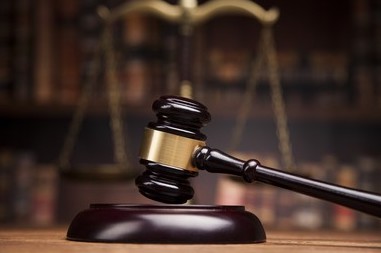 Local 49 Files Lawsuit Against the City of St. Paul for Vaccine Mandate

The International Union of Operating Engineers (IUOE) Local 49 filed a lawsuit yesterday over the requirement that city employees must receive the COVID-19 vaccine by the end of the year as a condition of employment.

Local 49 representatives have been talking with the city of St. Paul since its announcement of the vaccine mandate as the new requirement is considered a new condition of employment that was not previously negotiated with Local 49.

Earlier this fall, Local 49, along with several other unions, unanimously rejected the city’s proposed mandate as the new policy states that if employees are not vaccinated, they could be subject to discipline, which includes, among other items, termination of employment. The policy also did not include a testing option for employees as an alternative to vaccination. With one exception, every employment mandate in the public sector we have seen, including the state of Minnesota, has a testing option for those that choose not to get vaccinated for their own personal health reasons. The pending COVID-19 Vaccination and Testing Emergency Temporary Standard federal mandate through OSHA also contains a testing option. Despite not having a finalized agreement with Local 49, the city of St. Paul unilaterally imposed their policy that has no testing option. They did this without good-faith negotiation and without submitting the matter to arbitration.

The mandatory vaccine policy does contain provisions allowing our members to apply for religious or medical exemptions. Since the policy has been announced, many of our members have applied for such exemptions, but they have not been told whether they will be accepted or not. Therefore, on December 1, 2021, we officially filed a grievance alleging numerous collective bargaining agreement violations, and an arbitrator must hear these violations. We are seeking a temporary restraining order from the court to stop the city from implementing the policy before a negotiated agreement, or a decision from an arbitrator is made.

“I want to be clear that we are not anti-vaccine and do not want anything to do with that hyper-political and divisive debate. In fact, I am vaccinated, and we have encouraged our members to strongly consider getting the vaccine. However, we do not believe anyone should be fired for making a personal health choice not to get vaccinated. Local 49 is dedicated to serving its membership and the freedom of choice they are entitled to when it comes to their health and jobs. Our members also deserve a fair and earnest negotiation process. The city deciding to impose this policy before negotiations are finalized is a complete violation of that process, and we will not tolerate it.

This unilateral implementation of the policy will violate bedrock principles of labor law by depriving our members of meaningful negotiation and bargaining and a fair process to resolve disputes. Our members are more than willing to help the city meet its objective in protecting the public’s health by submitting to regular testing for COVID-19 until an arbitrator or a court can conduct a full and fair hearing with respect to the issue of whether a mandatory vaccination is legally permissible.

No one has shown us data that our members are spreading COVID-19 at rates higher than the general public. Our members primarily work alone and outside, and they rarely come in contact with the general public. Only one other public sector employer in the state has taken the position that their workers get the vaccine or they are fired. The city of St. Paul’s position here is extreme and unnecessary. A testing option is reasonable, it is responsible, it can be effective, and it should be offered. The city should sit down with their unions to bargain in good faith about this. That is what this is all about.”