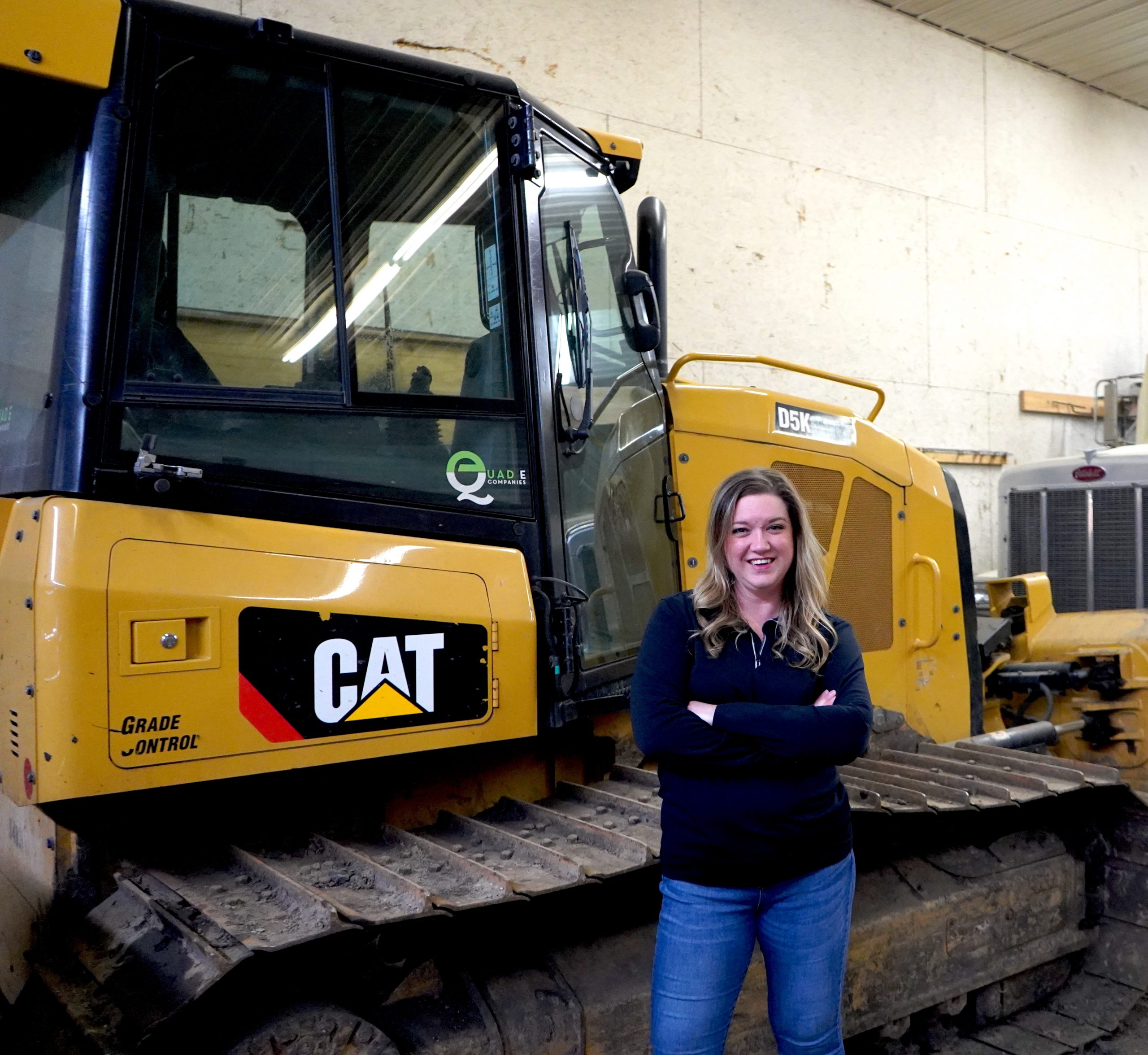 Local 49 member Elizabeth Ennenga graduated from Georgetown University with a major in comparative politics and now owns her own company: Quad E Companies.

Soon after graduation, Elizabeth moved back to Minnesota and began her career in the corporate world for Target and got her first taste of project management.

“Working for Target corporate is where I got more into negotiations, timelines, and I also took some courses through the University of Minnesota specifically in project management. After I had my first child, I decided that it was time to leave corporate and start something on my own.

Elizabeth took her passion and background for project management, coupled it with her husband’s construction experience, and created Quad E Companies in 2014.

“The first year was a huge learning experience. I took on a couple of mentors to see what path would be best for us. Then, in the fall of 2016, we decided to jump full fledge in operating our company and started slowly with me, my husband, and one other employee doing small homeowner work,” Elizabeth said.

Throughout 2016 she continued to network, particularly with the Association of Women Contractors and with general contractors securing their first major contract on an Xcel Energy project.

“From there, we just started to bid and grow. We went from one dump truck, and one skid steer to the fleet of equipment that we have now with a staff of 15,” she said.

Quad E Companies primarily does earthwork, site utility, demolition, and trucking. Their biggest project they have completed is the New Hope Aquatic Center.

“That was a full year and a half long project, and it sparked a huge growth in our business, especially to be on a project of that scale,” she said.

This past fall, Quad E Companies was awarded three Lakeville school projects on top of the one they were already awarded earlier in 2020.

“It’s been really fun and rewarding to work in our own community where our kids go to school. I feel like we’re giving back to our community and that’s something that I take great pride in. We’re building for their future, not just ours,” Elizabeth said.

With Quad E Companies becoming more successful and gaining more credibility in the industry, Elizabeth reflected on her experience as a female and working in the construction industry, as well as owning her own construction business.

“I’m extremely proud that I am able to stand in a room with, in most cases, no other females and be able to talk about the business and hold my own. Throughout the years, I have built relationships and credibility, and that has been so empowering, and that’s what I think women in construction are doing right now – they’re being empowered and starting to have that equal seat at the table.”

“It’s no more oh, I’ll need to call your husband about that, I’m the phone call now, and that’s what I need to be as the owner of the company,” she added.

“We want to help each other and see other women succeed, but you have to work hard. You have to put the time and energy in to succeed, build relationships, and it’s not going to be given to you,” she said.