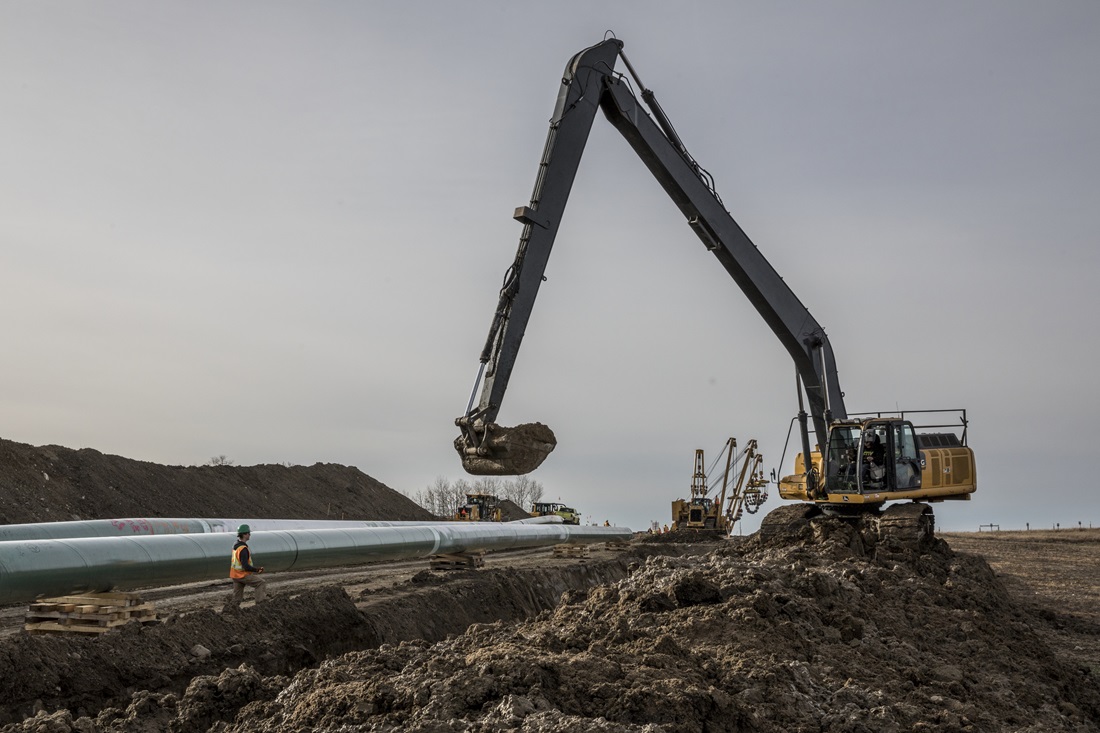 Last night, I read the letter sent to President Biden penned by Minneapolis and St. Paul Congresswomen Omar and McCollum, several others of their Congressional colleagues from around the nation, and dozens of local state DFL Senators and Representatives regarding the Line 3 replacement project.

I will not bother to refute their claims about lack of tribal input, water use, responses of law enforcement, or their attempts to tie climate issues to one pipeline replacement project. The MN Public Utilities Commission, MN State Agencies, the MN Court of Appeals, and the MN Supreme Court have all rejected these false claims in some manner.

I have been involved in this project and the process of permitting and construction for more than 5 years. I have never seen official comments from elected officials about this project that have disgusted me more than the words written by this group about workers. I expect distortions and lies about the project from anti-pipeline politicians that are using this issue to raise campaign contributions and gin up their base to win the next election.

What I do not expect, and will not tolerate, is the blatant and intentional insinuations made that our members working on this project are a danger and pose a health threat to the communities in Northern Minnesota. This letter specifically states that workers on the project have “exacerbated the concerns of violence and health threats to local communities – and Indigenous people in particular.” This rhetoric is disingenuous, it is despicable, and I am appalled that any elected official would put their name on it.

11,000 workers have completed required sex trafficking prevention training on this project, making it the largest education platform in state history to combat sex trafficking. There is a zero-tolerance policy in place. The two people out of 11,000 that violated this policy were terminated immediately after they were charged as they should be. Tribal affiliated organizations whose mission is to stop sex trafficking participated in these education efforts. For DFL elected officials to suggest that our members are a danger to women in the community is reprehensible.

Our members have followed strict COVID-19 work protocols including weekly testing requirements. There are incentives in place for workers to get vaccines as well and many have gotten the vaccine because of these efforts. There has been no vast spread of the virus because of this project in the communities of Northern Minnesota.

This letter is politics at their worst. Not one of these elected officials bothered to talk to us about what we have done about the issues they raise. Not one has taken Enbridge up on their offer to talk to them about what they are doing on this project. They do not want to hear about anything that challenges their narrative.

Our members have conducted themselves with the utmost professionalism and are going to deliver this project ahead of schedule to the benefit of us all. They have done so despite DFL politicians disparaging them publicly, and radical anti-pipeline activists threatening them, telling them they hope their kids die, and lobbing other verbal abuse daily that would make most people quit.

I am extremely proud of the men and women who worked on this project. Their dedication to their craft, and their commitment and sacrifice to deliver this critical project for our state deserves nothing but the utmost respect and admiration.