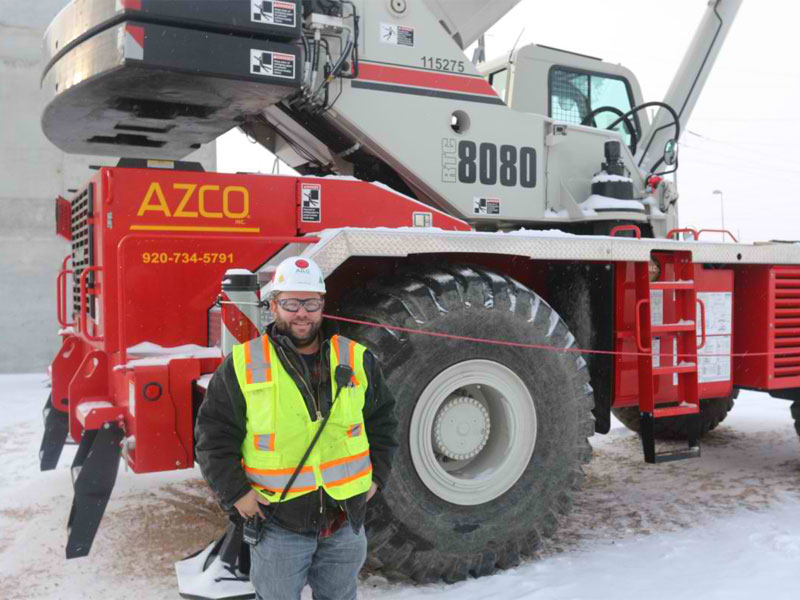 Members of Local 49 are once again playing an instrumental role in the construction of one of the largest projects in southwestern Minnesota.

The $300 million Southern Power project located in Mankato is a natural gas power plant that is nearly doubling in size. When completed, the plant will represent 270 megawatts of generating capacity.

The plant was originally built in 2005 and was a one steam turbine power plant. According to 13-year Local 49 member and Superintendent of the project Kris Houg, due to the inefficiency of the first steam turbine a second unit is being added, which is estimated to be completed by March 2019. 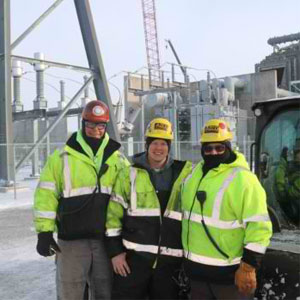 The project is both efficient, and a huge economic boom for the Mankato area. Houg explained that the power plant’s combustion turbines make electricity by burning natural gas. Waste heat from the turbines is captured and reused to drive a separate steam turbine that produces additional electricity. Combined-cycle power plants produce high power outputs at high efficiencies and with low emissions.

“So essentially the steam power here is free,” Houg said. “They used to just vent it and the steam would go out a stack and be wasted, but now they recover the heat to make steam to power the facility.”

At the peak of the project there were nearly 20 Local 49 members working on the project.

“The biggest thing was when Vic’s (Crane Service) was here and we had a three-crane lift,” Houg said. “Some of the lifts were close to 500,000 pounds.”

Once the project is completed the plant will produce 650 megawatts and the power will be shipped across the upper Midwest.

Members on the Project

Houg originally got his start in Local 49 working on the construction of the original Power Plant project in Mankato back in 2005 as a forklift operator. Houg returned to the Power Plant expansion project as a foreman, and was recently promoted to superintendent.

“I’ve always tried to do the best I can, and take on more responsibilities,” Houg said. “We’ve got the best group of people here that you could have, and I’m just really proud to be where I’m at and to have this opportunity.”

Twenty-year Local 49 member Leon Farrow, who is a crane operator at the Power Plant project, has extended experience on projects similar to this one. According to Farrow, this project is notable because of how smoothly and safely it has run so far. 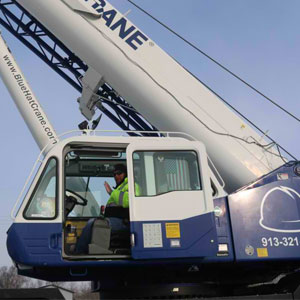 Jordan Houg is a second-year apprentice with Local 49 working on the Power Plant project as a crane oiler.

“I really like it out here, I work with a lot of good people and it’s exciting to be a part of something that will be here for another 30 years,” Houg said.

Todd Palmer, a 26-year member, is a 2250 crane operator on the project

“This is only my second project like this, and so times have changed in regards to safety and crane size, but what I love most about this business is the people that I work with,” Palmer said.