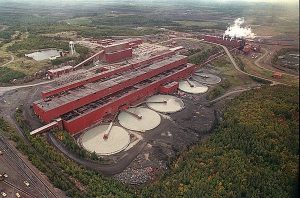 WASHINGTON – Today, House Committee on Natural Resources Republicans joined a bipartisan roundtable titled “Securing Minnesota’s Future: Defending our Forests, Economy, and Way of Life.” The forum included invited participants from local organizations and elected officials who oppose the recently introduced legislation H.R. 5598 by U.S. Rep. Betty McCollum (D-Minn.). The bill seeks to abolish critical mineral development in the state and directly threatens 2,000 jobs. Below is what they are saying:

“Betty McCollum is once again demonstrating her desire to kill opportunity in northeast Minnesota without any regard for the family’s that live there. Let’s be clear, Betty does not represent the people of our district. If Betty truly cared about the environment and the rights of workers she would support a stringent process in a country that ensures both. We live in a global economy and we also live in a global environment.” – Hon. Dave Lislegard, Democrat from Minnesota House of Representatives

“Rep. McCollum’s St. Paul/Minneapolis district residents enjoy annual average incomes in excess of $10,000 more per year than those who live on the Iron Range. McCollum’s bill kills the potential for economic opportunities in a region that is hungry for family sustaining jobs. Jobs For Minnesotans has always stood for a science-based, transparent, and predictable regulatory process for mining projects and believes we can do mining while protecting the environment.” – Nancy Norr, Chairperson, Jobs For Minnesotans

“With today’s forum, the House Committee on Natural Resources and the Western Caucus have brought attention to an issue that remains incredibly important to us. Thousands of our members earn their living by providing construction and maintenance services to the mining industry. These carpenters and millwrights are highly-skilled professionals who put safety above all else. They are well-equipped to help ensure that modern copper-nickel mines are built to exacting standards that provide needed resources to our society while also safeguarding the communities nearby that they call home.” – Kyle Makarios, United Brotherhood of Carpenters

“H.R. 5598 is a job killing proposal, plain and simple. This bill bans mining before a specific project can even be studied. The people that live in the area should have the right to decide for themselves whether these projects make sense, and should not arbitrarily be denied economic opportunity because powerful big city interests have decided the people in Northeastern Minnesota don’t deserve that chance.”– Jason George, International Union of Operating Engineers Local 49

“Rep. McCollum is effectively locking the United States out of the nickel industry and handing it over to foreign countries like China. In Minnesota, her bill would deprive school children of billions of dollars in mining royalties to the Permanent School Trust Fund that helps every school district across the State.” – Frank Ongaro, Mining Minnesota

“We are encouraged by the strong support of our neighbors, small businesses, union workers and local community leaders for the Twin Metals project to move forward and be evaluated based on the best science and regulatory process available. In December, we submitted our mine plan to state and federal agencies, which provides critical details and represents more than a decade of work by our team members. We look forward to robust engagement with stakeholders including federal, tribal and state governments along with extensive public dialogue on the benefits of this project. We believe modern mining technology will provide essential mineral resources for advancing the green economy while protecting our precious Minnesota environment. Our commitment to invest more than $1 billion and the creation of thousands of jobs in the Iron Range rests with the fair and transparent consideration of this important project.”

“The United States is becoming increasingly dependent upon foreign sources for critical and strategic minerals. Why? In part, because we unnecessarily restrict access to our domestic mineral resources. H.R. 5598 is simply unnecessary. The Clean Air Act, Clean Water Act, the Endangered Species Act, the National Forest Management Act, the National Environmental Policy Act, the National Historic Preservation Act, Forest Service surface management regulations and policies, State of Minnesota environmental laws and regulations, as well as financial assurance requirements are in place and designed to protect the environment and important resources. We need to trust the process.” – Mark Compton, American Exploration & Mining Association

“The National Mining Association strongly opposes H.R. 5598, introduced by Congresswoman Betty McCollum (MN-04). This legislation, which is little more than a politically motivated mineral withdrawal that flies in the face of due process, is precisely why U.S. mineral import reliance has reached alarming levels. The nation needs greater access to the minerals and metals that are the foundation for our manufacturing, infrastructure, defense and clean energy supply chains, not less. The U.S. has world-class environmental standards that ensure we need not choose between mining and environmental protection. The people of Northern Minnesota who strongly support the Twin Metals project deserve a complete environmental review that weighs the project on its merits.” – Katie Sweeney, National Mining Association