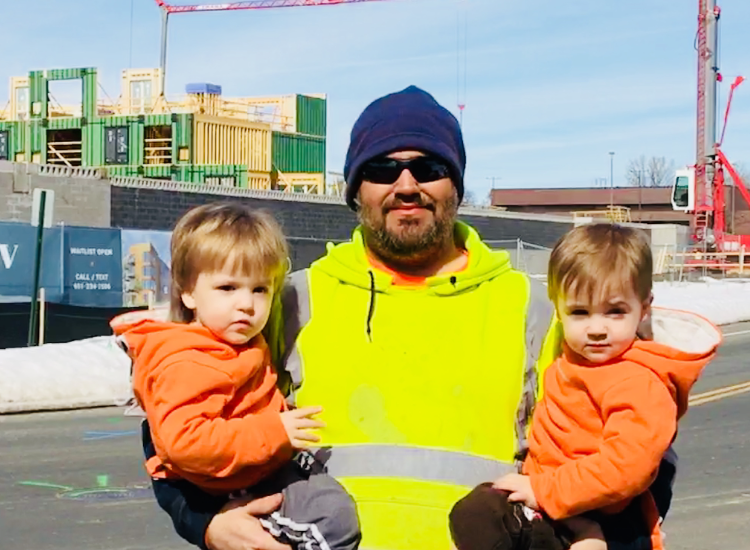 Second generation Local 49 member, James Halle Jr. from New Hope, Minnesota, began his training as a crane operator learning from the best – his father. Halle’s father was a member of Local 49 and a crane operator for 40 years.

“My dad would take me to job sites on weekends, and I was always around cranes so getting into the industry was a natural transition for me,” Halle said.

Halle didn’t always think he would be a crane operator. After graduating high school he went to college to study law enforcement, but quickly realized he belonged back in the seat. 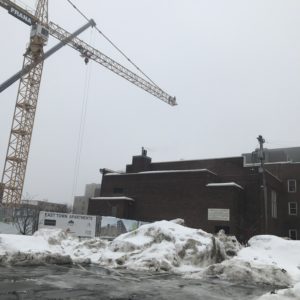 “I always had the natural skill of a crane operator, and I knew a lot of the people in the industry,” he said. “I bounced around a couple companies in my younger years, and built up my own name separate from my dad.”

“A lot of people had high expectations of me to produce good work right off the bat because of my dad,” he added.

Now with 22 years of experience as a crane operator, Halle has worked on major projects such as the Xcel Energy Center, the DECK Center in Duluth, Target Field, and U.S. Bank Stadium.

“I actually got to work with my dad when they were building the Xcel Energy Center so that was a great experience that I’ll never forget,” he said.

Halle said he loves being able to drive anywhere in Minnesota and knowing that he helped build such monumental structures.

“It’s nice to be able to tell my twin boys, ‘Hey look I worked here, and they get see these huge structures that I was a part of creating,” he said.

Halle also has experience on other type of projects and operating different types of cranes. Working for Northwest Tower Crane he was a part of many structural steel jobs such as the new Target office operating a crawler crane and has worked on projects operating a hydro crane. He also has traveled throughout North Dakota, South Dakota and Iowa on several wind turbine projects.

“Working on wind towers can be difficult because sometimes you’re getting into these older friction cranes, and you don’t have electronics to tell you how close you are so you have to do the work by feel,” Halle explained. “Your job is also based on how windy it is, because if it’s too windy you can’t work.

Halle continued to explain that with hydro crane you have to be gentle with it because they can move quick, and are slightly more touchy than other types of cranes.

“I’m taking everything I’ve learned for the past 20 years and pushing it to the side, because sitting in a crane 100 feet off the ground swaying back and forth is so different, but I love it,” he said. “Some days you can be busy all day long and other days you’re just sitting there.”

“You’re also the main crane on the job and you have other trades calling on you,” Halle added. “Tower crane operators are the first ones on the job site, because you have to climb up early in the morning and you’re the last one on the job.”

Halle said that the key to being a crane operator is to never stop learning, and to always pass the knowledge on.

“When I have an oiler that’s new I like teaching them, and until they get in the seat and run the crane they’re not going to learn,” he said. “Pass along the knowledge from the previous generation to the new generation.”

He encourages the younger generation to begin a career as a heavy equipment operator and stresses that going to college isn’t the only option.