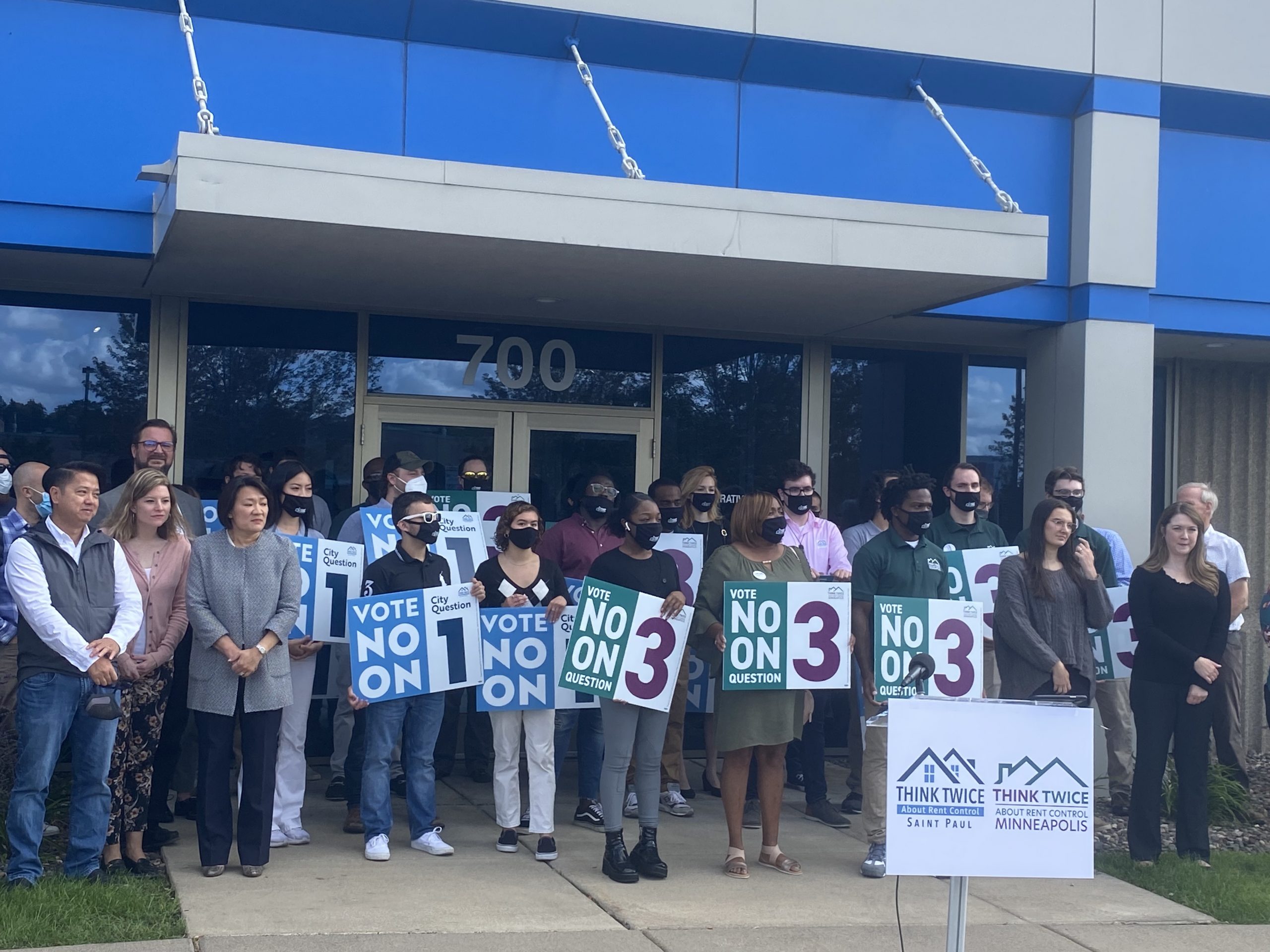 A broad coalition of civic and housing leaders has launched efforts in St. Paul and Minneapolis to educate voters and defeat rent control ballot initiatives which, if passed, would result in less investment in housing and fewer available housing units in both cities, further exacerbating the current housing supply shortage.

Sensible Housing campaigns in both cities are supported by construction trades, REALTORS®, property managers and owners. These partners are focused on finding solutions to a housing shortage, rather than imposing rent control that will discourage investment and will disincentivize new housing from being built in St. Paul and Minneapolis.

“The rent control policies being pursued in St. Paul and Minneapolis are bad for both cities. If implemented, these policies will ensure that fewer housing projects are built and fewer repairs are performed on existing properties. These misguided proposals will literally mean fewer places to live, and for those that are renting now, worse living conditions. St. Paul and Minneapolis both have financial challenges and affordable housing shortages. Rent control will make both problems worse while also killing good paying jobs in the metro area. Local 49 is strongly opposed to these ill-advised policies.”

“If these ballot initiatives pass, it will mean fewer jobs and homes in both St. Paul and Minneapolis.” said Minnesota Multi Housing President and CEO Cecil Smith said. “Rent control is a failed policy that results in fewer housing options for renters and limits a property owner’s ability to maintain and repair older apartment units.”

The problem these ordinances seek to address is important, however rent control is the wrong solution.  Consider the following:

If passed, the St. Paul rent control proposal would be the most extreme and restrictive proposal in the country and would apply to all rental housing, including single-family houses.

If passed, the Minneapolis proposal would give the City Council a blank check on the prices they could set for rental housing.