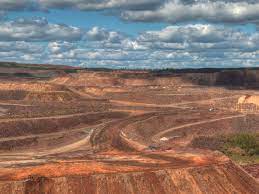 “Today’s announcement by the Biden Administration to initiate yet another mineral withdrawal study is a disheartening blow to job creation on the Iron Range and casts doubt on the seriousness of our nation’s commitment to a green energy economy. There is a broad agreement that we need to be moving toward renewable energy production and getting more electric vehicles on our roads to combat the effects of a changing climate. There is tremendous opportunity for job creation in this transition, both in the production of new energy infrastructure and the manufacturing of batteries and parts needed to build that infrastructure. We cannot reach the full benefits of the economic opportunity of this transition if the metals in Northern Minnesota stay in the ground.

Initiating a study to determine if a 20-year ban should be imposed on mining in an area that holds the world’s largest undeveloped copper-nickel deposit is contradictory to the administration’s focus on fighting climate change. Attempting to prevent mining in this area will ensure the full capacity of green energy jobs does not happen by eliminating a major source of the metals needed to create them. This action will ensure that whatever jobs are created in mining will be created in countries that permit child labor and have zero environmental regulations, not in Northern Minnesota. This move will also end any hope of battery or parts manufacturing opportunities in Northern Minnesota.

We will fight this action. We will fight the politicization of mining projects that are critical to the future of Northern Minnesota and our nation. We cannot allow the emotional politics surrounding the boundary waters to trump science and rational decision-making.

All we have said, and what we continue to say, is that we should study the projects that come forward, and if they meet the strict environmental standards we have in place, we should build them with skilled union labor. We can’t afford to say no before we even have any facts. The idea of studying generic watersheds is ridiculous and is a purely political attempt to kill projects. If we are interested in science, let’s study actual mine plans and let the agencies do their jobs.”