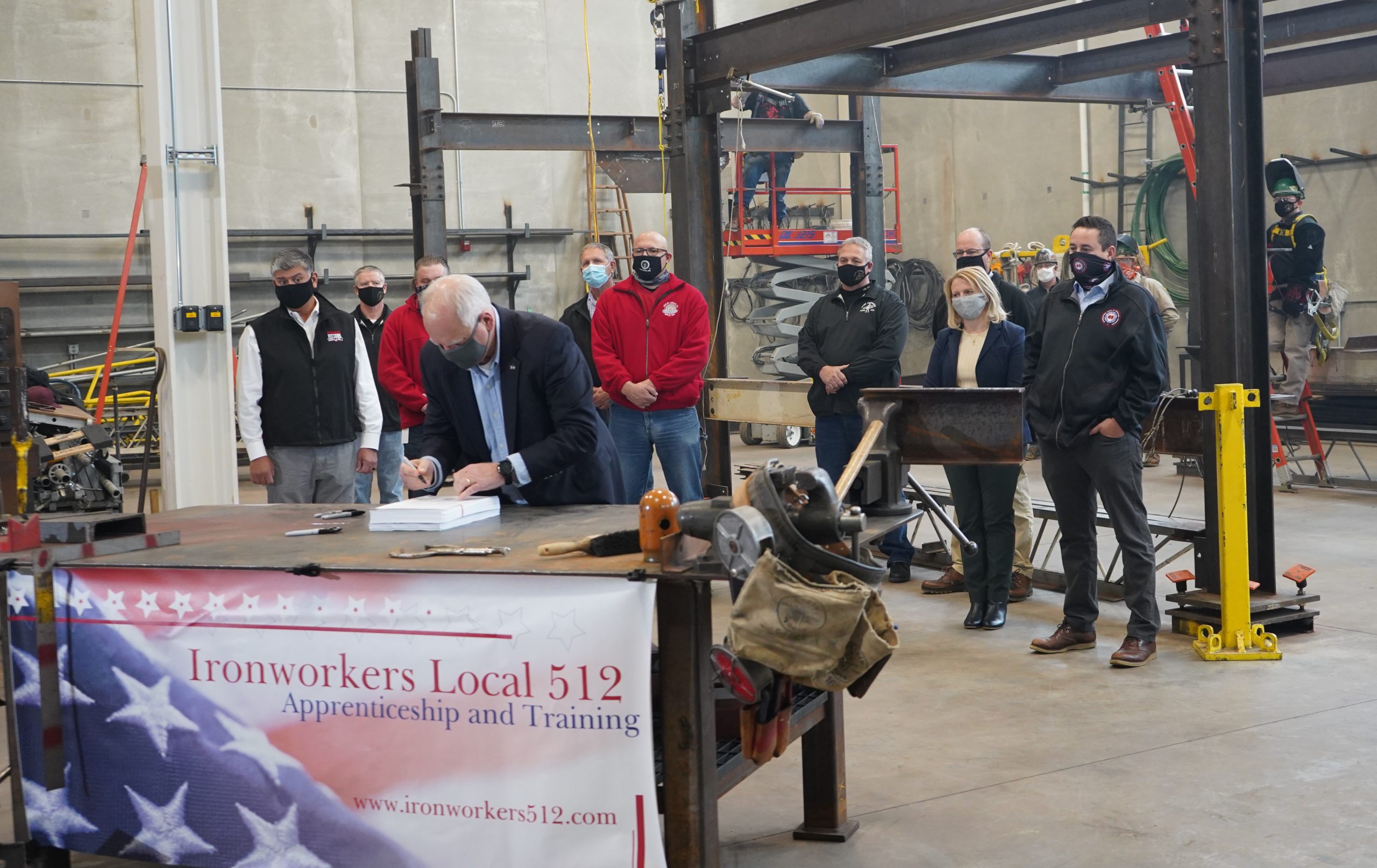 Today Local 49, along with our fellow building trades unions, gathered at the Iron Workers Local 512 Training Center to participate in a bill signing with Governor Tim Walz for the recent passing of the $2 billion infrastructure bonding bill.

“The signing of the infrastructure bonding bill is a significant victory for our members, our jobs, and for all Minnesotans who utilize the infrastructure we build every day. I’m proud that politics were pushed aside to come together and pass a bill that will create tens of thousands of good paying union jobs and bring some much needed economic stability to Minnesota, especially during these uncertain times.

Local 49 will continue our approach to work with both sides of the aisle to ensure that infrastructure jobs remain non-partisan, and the signing of this bill is a major win in that effort.”